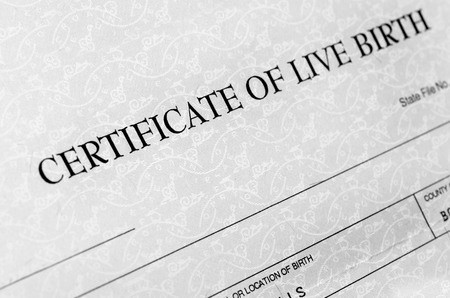 In the compliant world of securing a mortgage these days, many are realizing explanations and full supporting documentation are now considered to be the ‘norm’. Lenders must validate a borrower really is who they say they are. One way a mortgage lender verifies a borrower’s identity is validating their Social Security Number. The catch? If you’re Social Security number was not issued at birth, and you’re applying for a mortgage, read on…

Why Social Security Related Matters Are A Lending Hot Button

In short identity theft and fraud related activities is a prime concern to Fannie Mae and Freddie Mac, the two mortgage aggregators that create and securitize the lion’s share of the residential mortgage market. As the lending industry has recovered from the meltdown, more credence is given to lending compliance standards to ensure transparency on the loans being originated and sold to Fannie and Freddie.

Your Social Security number is tied to your federal income tax returns, a benchmark for validating income as well as validating identity that you as the borrower applying for the loan are all one and the same person. Because of the fraud and money laundering activities of years past, lenders rigorously verify who they are making loans to. In other words, there is no getting around the consumer identity validation when seeking a home mortgage.

While this might be an inconvenience to locate, it does meet federal identity standards mortgage lenders must adhere to. Alternatively, a voter registration card or even passport would also suffice in the event your Social Security number cannot be validated. What usually is the case amongst the baby boomer borrowers is the Social Security number was issued years after birth. But that’s not always the case, other times especially if the borrower was born outside of the United States the same issue might come into play wherein the Social Security number was issued well into their 20s or 30s or after, same approach applies, you’ll need to provide  a birth certificate, voter registration card or passport instead.

Even if the house is not yours and your cosigning for another individual. Let’s say your cosigning for your daughter or son to buy their first home. You’re simply cosigning on the mortgage, but it’s their house. Same rules apply unless your Social Security can be successfully validated with the lender.

If you plan to get a mortgage, and were not originally not naturalized in the United States, do plan on providing  the alternative documentation passport, voter registration card or birth certificate..

Looking for a mortgage? Start today by getting a complementary mortgage rate quote to buy or refinance a home!