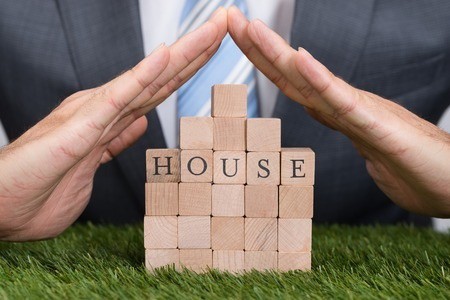 The direction of mortgage interest rates drive the housing market. We’ve been spoiled with ultra-low rates the last few years with many experts predicating  2014 was going to be the year of 5% rates, they were wrong. Here’s why we’re not going to be seeing 5% mortgage rates anytime soon.

Reality check: you fit the box or you don’t.

Recently, Fannie Mae announced home lending is about to get easier for some borrowers by lowering the minimum down payment to buy home from 5% to 3%. While this is a step in the right direction, this is a far cry from the macro-lending constraints still in place today. Mortgage underwriting has removed human intuitiveness in making makes sense loans scenarios to a paper checklist anyone can follow.

Case in point, a loan borrower with a 620 credit score and a previous foreclosure, along with a pattern of derogatory credit can easily apply for an FHA Loan with only 3.5% down and be credit approved. Compare to a borrower with an 800 credit score, an impeccable payment history,  a 40% down payment and a 46% debt to income ratio. Today’s lending environment would suggest the borrower with the 800 credit score on a conventional loan would be larger credit risk because their debt to income ratio is 46%. Just one percent over the 45% max debt ratio allowance.

This underwriting concept is a byproduct of the strict lending brought on by the government to reduce overall credit risk within the mortgage markets. Put another way, while credit might be loosening in small niche areas like targeting first-time home buyers by allowing lower down payment options, the overall market is still incredibly tight. The main separator is that the human element of making a pragmatic lending decision is no longer acceptable by Fannie Mae or Freddie Mac, rather lenders now exercise caution when going down the checklist in order to approve a loan application.


As long the ability to procure credit continues to be based strict, the prospectus of future mortgage rates radically rising to 5% is not likely to occur. Here’s why higher rates cannot be support long term by today’s mortgage underwriting approach…

If interest rates were to rise to say 5% from the 4% levels they are at now, that would wipe out many potential buyers from the market causing housing prices to fall because not as many people can afford homes with 5% loans as they can with 4% loans. Higher rates consequently would shut off refinance volume, the other profit pool lenders rely on in new loan activity.

If people are not taking out mortgages because interest rates have shot up, the housing market could suffer another collapse. In other words, if rates rise, one of two things would follow suit to offset the risk. Either The Federal Reserve would make an unprecedented move back into a quantitative easing policy pumping money back into the mortgage market to lower rates to further support housing or they would began loosening lending guidelines more aggressively to keep the flow of new mortgage origination’s constant. In short, the housing environment is too weak to be dealt the onslaught of 5% mortgage rates. If if rates, did creep that high, it would short lived at best under the current banking standards.

The mortgage industry would have to reduce credit standards (allowing more loans to be made) to offset the risk of less mortgage volume. Lowering standards not to the they were at from 2004- 2007, but much less strict than the guidelines currently in place would be option rather than purchasing mortgage securities again.

For example one approach would be allowing for slightly higher debt ratios on conventional loans with compensating factors (stronger in one area to offset a lower area) to approve. This might mean allowing a debt to income ratio as high as 48% to qualify rather than 45% threshold. Alternatively, allowing stated income loans for the self-employed borrowers or showing alternative forms of documentation for the self-employed borrowers, such as bank deposits for income calculation rather than solely relying on tax returns are other methods.

Tiny incremental changes like this would open up the door for people who otherwise are not getting loans in today’s environment. Another change may be allowing homeowners to refinance without loan-to-value restriction even if their loan is not Harp 2 eligible.

As is: The federal government has stopped buying mortgage-backed securities. The economy is improving, a further catalyst that rates rises will rise at some point.

When To Be Concerned Higher Mortgage Rates

When mortgage credit is easier to obtain, then you can start being concerned about the extra interest and or how much more that home will cost you. Until then, expect mortgage rates to likely stay in the low four percents throughout 2015 with perhaps a few intermittent spikes to as much as 4.75%.

Not sure where to start? Begin by getting a free mortgage rate quote online today. There is no obligation.