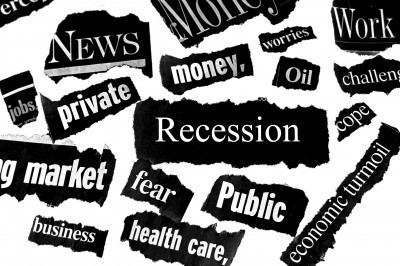 Mortgage rates usually improve upon the unemployment report because lately it’s been very dismal. The market action usually shifts to a sell off in stocks and that money usually is moved into bonds as mortgage rates improve, but this latest jobs report showed positive economic signs which caused the inverse to happen. Mortgage rates rose as money flowed into the stock market on Friday during trading.

Mortgage rates rose on the semi-positive economic news in the latest jobs report.

What’s even more -last month’s jobs report initially showed zero job creations and then that figure was revised to show 57,000 jobs were created. These numbers reveal that we are presently not in a recession.

*Remember that .57% is a percentage of the total loan amount you are borrowing.

For example on a $300,000 loan that translates to a $1,710 discount point fee. This is why it’s critical to make sure you’re working with loan officer who has their hands on the pulse of the bond market and can react quickly during market swings.

Make no mistake, this is an unstable financial market and mortgage rates overall are still low, from a historical perspective . When we have big market movers such as the jobs report coming out showing us what the new unemployment rate is, that can easily swing mortgage rates in any direction… sharply.

Since the last Fed meeting, mortgage rates actually improved for about four non-consecutive days and then they have been deteriorating pretty much ever since. We had one day last week were rates improved significantly and the media went haywire.

With this being said, it’s more than probable this week interest rates are going to start improving again.

This week will likely be favorable to locking in a competitive interest rate on a purchase or refinance mortgage.