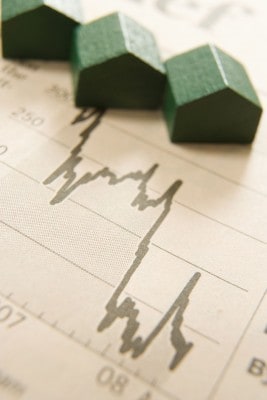 Yes, it’s true the lowest Sonoma County mortgage rates are now on record as of August 19, 2011!

30 year fixed-rate conventional loans have fallen to an all-time record low! This could not be a better time to secure a refinance loan or a home purchase loan from an interest rate perspective. Rates are in the low 4’s. There are several factors at work giving us the lowest Sonoma County mortgage rates year-to-date.

These three factors are behind all of the stock market turmoil news. The three factors influencing rates are the debt ceiling, unemployment, still very high at 9.1% and lastly the Federal Reserve’s promise to keep short-term interest rates low all the way into 2012.

How do these economic factors bring us the lowest Sonoma County mortgage rates on record?

The debt ceiling has caused the stock market to sell off in recent weeks and that money has been moved into the bond market. This ebb and flow of money from stocks into into bonds is driving high yields and resulting in lower mortgage rates available to consumers. The debts ceiling is bad news for the overall health of our economy. Investors on Wall Street do not like hearing negative economic news because they know consumers will react by moving their money out of stocks.

So if stocks are losing money the next best place to park that money is the bond market which heavily influences the direction of mortgage rates. As long as the stock market keeps this momentum of a constant “sell off” mortgage rates will remain very favorable to borrowers and home buyers.

The next factor influencing the lowest mortgage rates on record is unemployment.

It’s actually 9.1% just a hair beneath where it was last month at 9.2%, but that is still very high. That is keeping a hold on the stock market from performing at an optimal level again influencing people to keep their money in the bond market.

The last factor influencing the lowest mortgage rates on record is the Federal Reserve’s comments.

By keeping interest rates low and remaining steadfast in their commitment to actually keep them low through 2012, this tells the financial markets that the Federal Reserve Bank, the biggest bank in the United States is worried about the future of the economy, that triggers an automatic sell off pattern which is what has been happening over the few weeks.

The Fed is indirectly influencing low mortgage interest rates which is helping consumers scoop up the lowest available mortgage rates in history. This is spelling good news for the borrowers that can qualify because it’s promoting growth in the housing sector and subsequently the credit markets.

While interest rates remain extremely favorable, qualifying for the mortgage loan can be challenging. This is why it’s extremely important to make sure you’re working with a competent mortgage professional who understands your financial picture and can advise you accordingly about how to get the mortgage loan approved by the underwriter and ultimately funded.

If you would like to learn more about how to go about getting a home loan or even like a free interest rate quote, you can give me a call at 707-217-4000 or send me an e-mail Scott.Sheldon@nafinc.com. Take advantage of the lowest Sonoma County mortgage rates on record today!